Letters: Ex-Cons' Struggles To Make It On The Outside

From NPR News, this is ALL THINGS CONSIDERED. I'm Robert Siegel.

I'm Audie Cornish and it's time now for your letters. Earlier this week, we ran a two-part series about what happens when older prison inmates return to the outside world. For two years, NPR's Laura Sullivan followed a couple of aging ex-cons as they made their way through life, not sure if they deserve a second chance.

SIEGEL: One of the men is Red Thorpe. In 1979, Thorpe was 22. He killed a teenager and served 25 years in prison. Today, he mentors a support group for people like him, ex-cons trying to make it on the outside.

RED THORPE: You know, there's times where it's overwhelming. You know? And you just don't want to go on no more.

CORNISH: Listener, Kevin Stathm of Sanger, California writes, great piece on people who want to make a change one person at a time, themselves.

SIEGEL: Jonathan Plummer of Eugene, Oregon called our series riveting, adding, more of this, please. But Ann Field of Santa Monica, California asked what the point of it was. She writes, am I supposed to feel sympathy for these aging prisoners who have the luxury of freedom, when they so easily took that same freedom from others?

CORNISH: Kirsten Pringle of Santa Clarita, California had these thoughts - the transition from incarceration to the outside world is an issue that I haven't heard much about, but immediately recognized the importance of addressing. The investigation managed to humanize the issue by showing the commendation of excitement and fear that these inmates face at the possibility of getting released. At the same time, as Pringle goes on to write, the inmates were in prison for a reason. They are violent criminals. I felt myself both sympathizing with the inmate, but still wondering if they deserve to go free.

SIEGEL: Well, thanks everyone who wrote in. And please keep sending those letters. Write to us. Go to our website npr.org and click on contact at the very bottom of the page. Transcript provided by NPR, Copyright NPR. 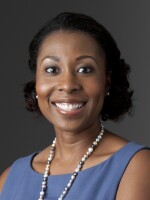 Robert Siegel
Prior to his retirement, Robert Siegel was the senior host of NPR's award-winning evening newsmagazine All Things Considered. With 40 years of experience working in radio news, Siegel hosted the country's most-listened-to, afternoon-drive-time news radio program and reported on stories and happenings all over the globe, and reported from a variety of locations across Europe, the Middle East, North Africa, and Asia. He signed off in his final broadcast of All Things Considered on January 5, 2018.