Depending on which source you consider, the average American adult is subjected to somewhere between 2,000 and 20,000 messages each day. In our digitally enhanced, 24/7 world of instant communication, these images find their way to us through email, Facebook, Twitter, YouTube, web browsing, online and traditional news consumption, television, and more. They come at us whether we want them or not.

No matter how you slice it, we are overrun with information.

So, if your organization is trying to get across an important message about your product or service, utilizing all of these tools becomes a bit overwhelming.

Many communications and advertising professionals are now looking at this myriad of choices through a condensed and organized lens – referred to as PESO. PESO stands for paid, earned, shared, and owned media. It’s a good way to think about all the information out there, and how to manage it.

Most of us have interacted at one time or another with paid media – it's advertising. It remains one of the most effective – but most expensive – ways of reaching your audience. Just consider the price tag for one 30 second commercial at this year's Super Bowl: $4.5 million.

Earned media, the second named component of this currency, is commonly referred to as traditional public relations. It is a standard which has been around for decades. Earned media involves engaging with news reporters and editors and pitching them to develop a story around a body of information which you provide them. I remember when earned media used to be highly effective; however, the crowded highways of information have reduced the effectiveness of earned media, and it can no longer be relied upon simply on its own.

Shared media is now where much of social media resides, and creates hundreds of opportunities for messages. The challenge with this medium is that it truly is shared – you can put your messages out there via Facebook or Twitter, but you cannot predict where those messages may go, how they may be interpreted… or the kind of response they may get.

Finally, there is owned media. Owned media has actually been around a long time – it has taken the form of collateral material produced by an organization, a company website, and now many more digital forms like blogs, YouTube channels, and others. It basically entails any form of media that we truly own and control.

So, should you plan to use all of these forms of communication currency when engaging your publics on every topic? Probably not. But you had better know how to recognize, define, and manage each of them – if for no other reason than your competitors are doing so.

Gone are the days when marketing & advertising stood separately from public relations, and social media became an intrusion that you could simply avoid. It’s time to think in terms of the new communications currency… which incorporates all of them. 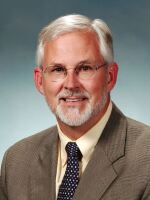 Michael Meath
For more than 30 years, Michael Meath has been counseling senior leaders with practical, down-to-earth advice and insights; while providing a trusted, objective voice on issues critical to their organizations.
See stories by Michael Meath