As monkeypox spreads across state, officials say there is no large cause for concern

More than 800 cases of monkeypox, an illness that features high fever, enlarged lymph nodes and a harmful rash have been identified in New York state.

The vast majority of cases have been in New York City, but Tompkins County confirmed its first case in a county resident last week. In that case, the person had recently traveled and had no close contacts locally.

Despite the long list of symptoms, Rachel Buckwalter, a senior community health nurse with the Tompkins County Health Department, said the cases in the state are milder than they could be.

“With this current outbreak, it’s been milder," Buckwalter said. "The rash may only be a couple lesions. So anyone who has those symptoms and who knows of a confirmed close contact with a monkeypox case should seek testing at their healthcare provider.”

Buckwalter also said that the illness is not as easily transmitted as COVID-19 and takes close, face-to-face contact to spread.

“Really what we are seeing primarily is that close contact for prolonged periods of time, that transmits the virus," Buckwalter said. "So, not quite as transmissible in short periods of time like we saw with COVID.”

While the disease is not as transmissible as COVID-19, those who are aware of a close contact case are encouraged to get tested and seek treatment from local healthcare providers.

“Within the United States, I consider it containable," Basset said. "But we have to act and we have to think about prevention as well as vaccination.”

Both treatments and testing are available at most healthcare providers. A vaccine is available for monkeypox, but those with confirmed close contact interaction are being prioritized to receive it. 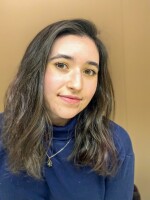