Reporter Who Broke R. Kelly Story: Abuse Was In 'Full View Of The World'

In November 2000, Jim DeRogatis, then music critic at the Chicago Sun-Times, received an anonymous fax in response to a review of he'd written of R&B star R. Kelly's album TP-2.com. The fax, DeRogatis says, read:

I've known Robert [R. Kelly] for many years and I've tried to get him to get help, but he just won't do it. So I'm telling you about it hoping that you or someone at your newspaper will write an article and then Robert will have no choice but to get help. ... Robert's problem — and this is the thing that goes back many years — is young girls.

DeRogatis began investigating the allegations in the fax and, in December 2000, he and his writing partner, Abdon Pallasch, published a story in the Sun-Times alleging that Kelly had engaged in sex with teenage girls. Kelly has denied all allegations.

DeRogatis expected the response to the story to be explosive, but instead it was muted. It was the beginning of his coverage of a story that he would chase for the next 19 years.

In February 2002, DeRogatis received another anonymous tip, this time in the form a videotape purportedly showed Kelly having sex with and urinating on an underage girl. "It was horrifying," DeRogatis says of the tape. "The worst thing I've ever had to witness in my life."

DeRogatis handed the tape over to the police, and in May 2002 Kelly was indicted on 21 counts of child pornography, seven of which were dropped before the case went to trial. In 2008, a Chicago jury acquitted Kelly of the remaining 14 charges.

This has happened in full view of the world for 30 years while he sold 100 million albums, opened the winter Olympics. ... It all happened as everybody watched and nobody did anything."

Still, allegations of abuse continued to swirl. In January 2019, Lifetime aired Surviving R. Kelly, a six-part docuseries focusing on Kelly's alleged victims and their family members. In February of this year, he was charged in Cook County, Ill., on 10 counts of sexual abuse; last month, those prosecutors indicted him for a second time on new charges of sexual assault and abuse.

But DeRogatis maintains that the Illinois charges "barely scratched the surface" of Kelly's misdeeds. "This has happened in full view of the world for 30 years while he sold 100 million albums, opened the winter Olympics," he says. "It all happened as everybody watched and nobody did anything."

DeRogatis recounts his investigation into the singer in the book, Soulless: The Case Against R. Kelly.

We saw it as evidence of a felony, and child pornography is such a toxic crime that for us to have watched it or touched it or copied it, we were committing a felony. But more importantly, if this girl is continuing to be hurt; we cannot not act here. ... We didn't waste a lot of time talking about it. ... This needed to be in the hands of police. We did not tell them we knew who the girl was. We didn't tell them where it had come from, because I don't know to this day where it came from, who the source that delivered it was. We didn't tell them anything. We just said, "This is evidence of a crime. You need to have it."

On copies of the video being sold to the public

Shortly after we wrote about that tape, those began to be sold on the streets. And it took police six months before the indictments came in June of 2002. ... They were for sale in Atlanta, New York, and Philadelphia, in obviously Chicago, they were widely being bootlegged. Kelly having sex with and urinating on this 14-year-old girl. Police announced with the indictment if you bought one of these tapes you are in possession of child pornography and you're committing a crime unless you destroy it. These tapes were everywhere.

So the rumor had been there since 1991: "R. Kelly likes them young." We had reported it out in December 2000. Now the tapes are everywhere in February 2002, and yet so many people continue to not believe what's right in front of them: that this man is preying on teenage girls.

The vast majority of girls I interviewed broke nondisclosure agreements and told me they had taken his money and they were now trusting me to tell their story. ... Kelly has threatened but never actually retaliated against any of the women who have spoken to me, and I will add that in 19 years of reporting on Kelly I have never had to issue a retraction or a clarification or been sued.

On how the music industry enabled Kelly

If [R. Kelly] is brought to justice now in the state of Illinois or a federal charges it is only going to be because he's broke.

I'd like to know how Clive Calder, the president of [one of Kelly's former labels], Jive Records, how Ed Genson, the leader of the defense team, how the managers and concert industry promoters who worked with Kelly, how they look at themselves in the mirror. Many of them have granddaughters and daughters and how they, ... by refusing to derail the gravy train, allowed this man to continue — because it was money. It was money that allowed him to prey on these girls, and the only reason he may be facing a moment of reckoning — and I say "may," because it's not over — is that, as he sang in his confessional song "I Admit" a couple of months ago, "I am a broke-ass legend." If he is brought to justice now in the state of Illinois or [on] federal charges, it is only going to be because he's broke. ...

Sam Briger and Thea Chaloner produced and edited this interview for broadcast. Bridget Bentz, Molly Seavy-Nesper and Meghan Sullivan adapted it for the Web. 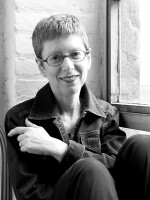